← more from
New Amsterdam Records
Get fresh music recommendations delivered to your inbox every Friday.
We've updated our Terms of Use. You can review the changes here.

by The Living Earth Show 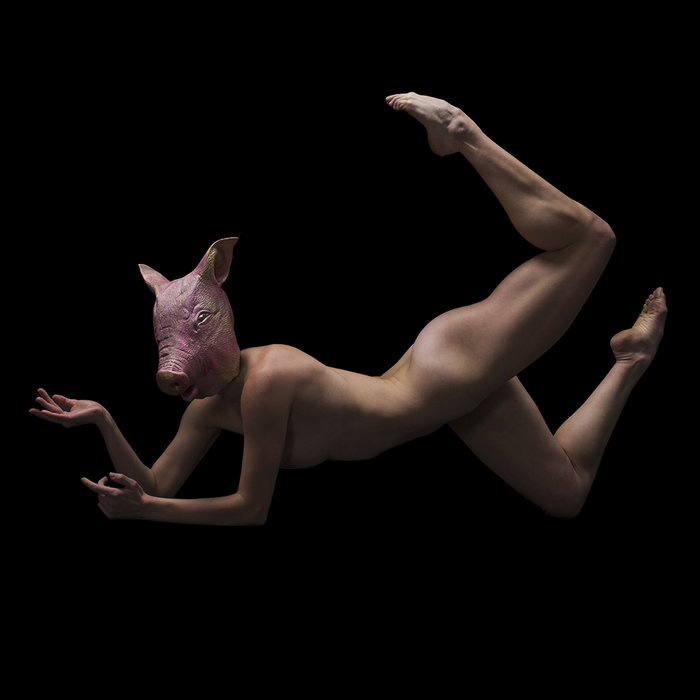 Dance Music is the sophomore album from The Living Earth Show — a Bay Area new music initiative comprised of electric guitarist Travis Andrews and percussionist Andy Meyerson. The Living Earth Show works to serve as a megaphone and canvas for some of the world’s most progressive artists; the duo commissions, curates, organizes, and promotes composers to help them realize their most ambitious creative visions. On Dance Music, the duo brings to life works inspired by and intended for dance by Christopher Cerrone, Jacob Cooper, Nicole Lizée, Jonathan Pfeffer, and Anna Meredith.

As the title points out, Dance Music is steeped in The Living Earth Show’s deep-seated roots in dance, and their dedication to creating musical experiences that engage both their collaborators and their audience. The project is the culmination of three years the duo spent working with their most trusted collaborators: Robert Dekkers of San Francisco experimental ballet group Post:Ballet; longtime engineers Ryan Kleeman and Jesse Nichols; and a team of today’s most innovative composers whose music dialogues with dance and movement.

The Living Earth Show was formed by Travis Andrews and Andy Meyerson in San Francisco in 2010. Years of close collaboration and a shared sense of humor inform the duo’s intuitively in-synch performances and tongue-in-cheek playfulness, which is why the music on Dance Music is best described by The Living Earth Show duo themselves:

“Like an uncomfortably long and potent acid trip in an F.A.O. Schwartz in 1983, Nicole Lizée’s “Family Sing-A-Long And Game Night” utilizes virtuosic instrumental writing in the service of absurdity, nostalgia, and the world of possibility and constant malfunctions of the electronic devices of yesteryear. With double-kick bass drum patterns and glockenspiel lines that sound Terry Bozzio in a Christmas musical and dementedly unsettling incantations of traditional camp sing-a-longs (enthusiastically sung by the duo), the piece merges the intimately familiar and the positively absurd.

“Like Metal Machine Music-era Lou Reed drunkenly copulating with a washing machine at a Radio Shack liquidation sale, Jonathan Pfeffer’s “The Bell, The Ball, The Bow-Tie, and The Boot” presents a journey through an auditory landscape of decontextualized, arresting sonic objects. Pfeffer uses the ensemble’s instruments (and the extended techniques of which they are capable) and a vast array of manipulated field recordings of malfunctioning and obsolete electronic equipment to craft a musical narrative that, as the composer puts it, encapsulates 'our natural obstinacy toward forces in constant states of flux and the mechanisms we use to cope with our impotence when we pit ourselves against these forces.' Pfeffer’s work luxuriates in the sounds of the instruments themselves that are usually considered 'extra-musical' — the sympathetic resonance of the snare drum, the scratching of the guitar strings, insectoid volume swells, etc — to create an immersive, engrossing auditory experience.

“Like that one The Postal Service album imagined as a bipolar adolescent with OCD, Christopher Cerrone’s “Double Happiness” is a study in obsession, simple repetition, and the (surprisingly blurry) line separating somber melancholy and ecstatic joy. The piece is built on resonance — both the auditory resonance capable in the electric guitar and metallic percussion and the emotional resonance inherent in the repetition of haunting, simple, and beautiful melodic and harmonic movement. Composed in three large movements separated by two shorter interludes, "Double Happiness" provides a musical illustration of a gradual yet uncontrollable crescendo of intimate human emotion.

“Like a Thanksgiving turkey made entirely of Soylent™ or Auld Lang Syne as remixed by The Weeknd, Jacob Cooper’s “Pasturing II” presents a compelling, beautiful, and and haunting synthesis of tradition and technological innovation. Pasturing II combines the lieder tradition with the modern vernacular 'instruments' of laptop-generated musical material, processed electric guitar, and live drumset breakbeats. With text written for the composition by poet Zach Savich and performed by Isaiah Robinson, Pasturing II dialogues with the tradition of breakbeat, ballet, the classical tradition, and modern electronic music to create a work that achieves profound emotional resonance.”